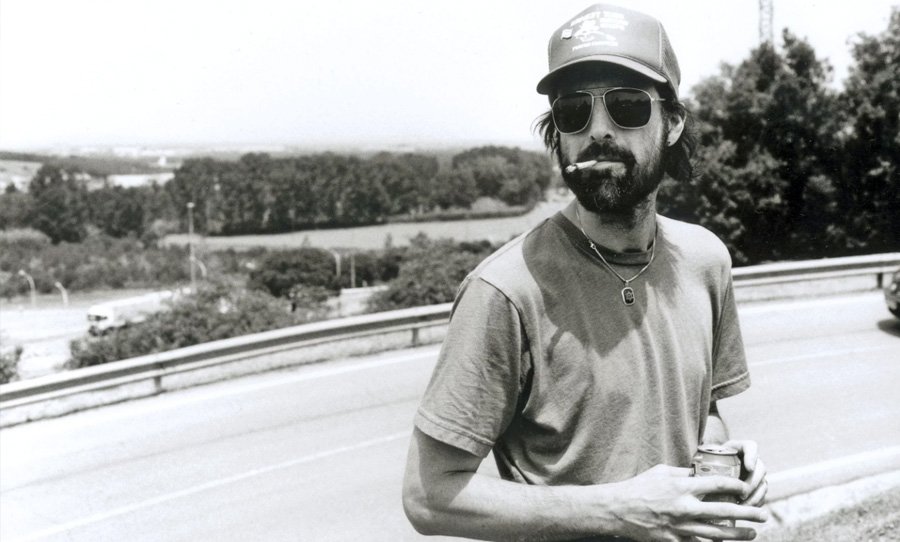 I’ve lived in Charlottesville long enough now to feel like an honorary native, and I am generally an existential wretch. Despite both of those things, I had never heard of our alumnus David Berman until a few months ago. David’s death is the thing that thrust him into the center of my vision.

Lately it’s like he’s a creek I keep compulsively straying to the edge of. First Vish of Kreative Kontrol’s interview from May 2019, followed by the eulogy from a couple months later. The hopeful touring documentary from 2007 that smarts now like a cruel calm-before-the-storm. The tribute album featuring Charlottesville’s own Lauren Hoffman. And, finally, the Silver Jews discography itself.

It’s odd that the actual music of Silver Jews has been my last stop on this recent ride, given that it’s the main attraction to so many. Then again, maybe it’s not so odd. If I’m honest, most of this music is less my natural thing than the material of another dryly comedic punk-cowboy death-courter, Vic Chesnutt – though I’m not entirely sure why. David is clearly a lyrical genius. I share his weariness of poetry that conveys ideas in what seems an unnecessarily complicated or obfuscating way, and his resulting preference for plain speech in art. I can empathize with what appears to have been a wide gap between his self-perception and how others saw him: he didn’t like to be recorded if he didn’t have control over the final edit, he felt he spoke poorly off-the-cuff, and he talked as if he had an aversion to being social, but in documented interaction he seems nothing but intellectually sponge-like, warm, and truly attentive. His recognition that he was living a twenty-something lifestyle entering his fifties and all of the attendant concerns about that resonates with me, as well. And across his songs there are definitely moments of my favored brand of melodic lushness. Still, stylistically, more often than not, something fails to grab me by the balls. But, if nothing else, what I appear to be doing is seeking out David’s company on recording. His presence is gentle, comforting, and bullshit-cutting.

The tone of this entry is different than I’d planned. As I took in Berman media last night there were several times I was touched enough to break down. Now that it’s morning, I feel more of a matter-of-fact calm.

I’ll end this with a nod to David’s and my shared strange relationship to Pitchfork. I get why people don’t like Pitchfork. It is aptly named. There’s an overarching impression of negativity and snobbishness. But I’ve also read some of my favorite – incisive, informed, interestingly textured – music criticism there. So David’s admission to being bummed over their lukewarmness to the final Silver Jews album is relatable to me. I would care, too, despite myself. That said, here’s a happy memory.
https://pitchfork.com/reviews/albums/silver-jews-american-water/